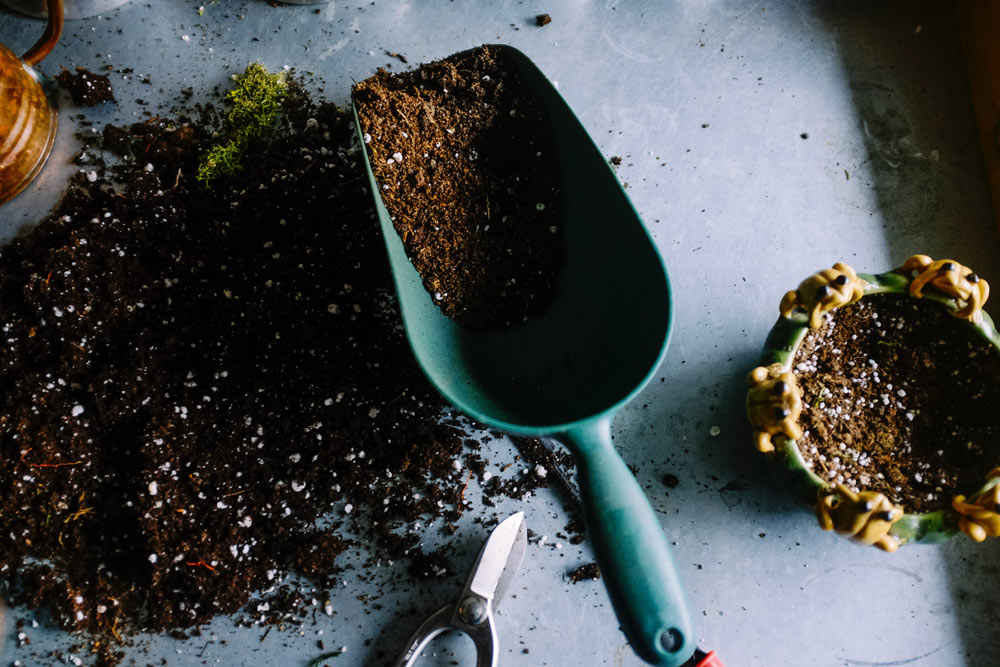 If you’ve ever wondered where to buy bulk potting soil or why someone would want to purchase that much soil in the first place, you’re not alone.

Unfortunately, finding the proper amount of potting soil can be difficult – especially if you happen to need a large amount of it or require a specific potting soil mix. We’re going to take a look at the importance of potting soil, whether you should make your own soil mix, and that you can purchase bulk potting soil at Sequoia Soil Company.

Why Use Potting Soil?

Potting soil is important to new plants because it retains high levels of nutrients and moisture which will help newly potted plants to grow. While you could place your plants into any dirt, potting soil is specifically mixed to incorporate certain levels of solid materials, oxygen, and water.

Additionally, using a rich blend of potting soil will help keep your plants upright, even when the weather is a bit windy.

Making Your Own Potting Soil Mix

There are pros and cons to making your own potting soil. The biggest benefit to getting creative is the fact that you can make a blend of soil that is specific to your plants and climate. The biggest drawbacks to doing this is the cost and the potential for error.

When you create your own potting soil mix, taking into account the needs of your plants, they will likely grow and thrive. However, if you happen to misjudge their needs, your potting soil mix could hinder or completely halt growth.

Some people may find that they save money by mixing their own potting soil. However, if the soil is highly customized, this factor may add to the total cost, especially if you require potting soil in bulk.

Garden soil can be an ingredient in your custom blend of potting soil, but it certainly won’t be the only component. Potting soil, is a well-rounded mix of ingredients that often contains peat moss, perlite or vermiculite, and ground bark.

The biggest difference between these two soils is in how they’re used: garden soil is obviously used in gardens while potting soil is placed in pots to allow for better drainage.

Both types of soils may be reused for other plantings but should be amended before doing so to replace nutrients. You should also be sure that diseased plants weren’t grown in any recycled soil.

You can easily go to your local garden store and purchase a large amount of potting soil. Unfortunately, this soil may be low-quality, have unneeded ingredients, or not be properly formulated for your plants’ needs.

It may feel like a daunting task in order to find and purchase high-quality potting soil in bulk. Luckily, it doesn’t have to be!

We have a robust line of soils that can be ordered in bulk for all of your planting needs. Several of our soils are tested for consistency, nutrient levels, and pesticides to ensure each farm receives only the best.

To buy potting soil (or any other blend) in bulk is easy: simply fill out the contact form or call us directly!